Hey, it’s almost Pasko. We don’t know about you, but some of us here have started our
new diets so proudly now (especially the ones who are competing for Gold’s Gym BodyCon 5.0), and then… voila! The holidays are upon us! Ouch! Now, what do we do? What comes to so many people’s minds who are on the diet train?

The holidays are going to be a huge struggle just because, although my favorite foods will be featured attractions on so many tables, it will be others indulging and not me.

It’s the holidays! Why bother? The diet can just start when the new year makes its debut.

Those who can adapt with a mindset that exists somewhere in between those two extremes are in the minority – yet it’s those few individuals who get through the holidays just fine and still lose weight or, at the very least, don’t gain more than a pound or two.

One thing we want to make clear: yes, it’s the holidays. It’s a festive time of year – and it’s supposed to be. So let’s decide right here and now that this does NOT have to be an
“all or nothing” situation for you. As a matter of fact, you can use this holiday season as a vehicle to prove to yourself, once and for all, that “failing” with your eating plan is not an option. Yes, you can do this!

And it doesn’t have to be difficult…

One thing that needs to be acknowledged is that, for most who are on a diet of some kind, the threat (of course during these holiday season, that’s what it feels like!) of deprivation sets in. You have to face the truth in this. You know, that little voice that screams within you, “Oh no! I’m in for a challenging battle!” – I just know I’m going to want all those foods I see on the table, and I certainly do not want to be bothered with having to say to myself, “No, you can’t have that!” We all have that little retaliator within us that answers back, “Oh no??! I’ll show you – don’t tell me what I can’t eat…I’m going to enjoy myself and no diet is going to ruin it for me!” And, of course, the other part of you says, “Bad! You’re going to get fat!”

Instead of approaching this holiday season with this kind of mindset, let’s do it differently this year. You know it is possible to enjoy yourself and still enjoy results, too. It’s not necessary to approach the holidays in a state of panic. Rather than thinking, “what am I cheating myself out of?” think “let’s see, it’s the holidays…I’m going to be tempted with lots of goodies. The truth is that I have a choice in how I go about this. If I’m realistic about this whole thing, chances are pretty darn good that I’m going to indulge. But this doesn’t mean I have to give up my concept of eating healthy.”

You see, if you’re involved with an eating plan that has “forbidden” you to have that chocolate brownie, and you know you’re going to have a brownie (or 3) during the festivities, then face the situation right now by preparing for it. What some people will do is get anxious about it all…and then when the day comes, they eat that brownie and then say, “Oh well… I did it now – it’s over! I might as well go all the way and pig out!”

Resolve not to do it that way this time. You see, if you resist to the point of feeling cheated and wanting to retaliate, you won’t be helping yourself. It is not supposed to be a game where “sometimes you’re good and sometimes you’re bad.” Get rid of the “Good VS Bad” mindset right now. Imperfection is okay.

Maintain an awareness of the portions you’ll be eating. Instead of saying “I can only have this one,” devote your energy to really savoring it – perhaps eating that bibingka 3 to 5 times slower than you normally would. “More chews” will lead to more satisfaction. Instead of looking at that puto-bungbong in that really attractive portion of coconut and muscovado and thinking “I shouldn’t,” instead think (before picking it up) “how long can I make that last once it’s in my plate?” Do you see it? You are creating a POSITIVE – not avoiding a NEGATIVE.

Moderate Exercise. Take a walk when you normally wouldn’t. You don’t have to go crazy with an exercise – just do one extra thing a day.

More Healthier Choices. When you have a choice between that piece of cake and fruit, instead of thinking, “I really should eat the apple,” the shift from a “feeling deprived” mindset to one that works better for you. Perhaps think, “It’s okay if I opt for the cake.
The fruit is healthier. Maybe half (or quarter) a regular piece of cake and then the fruit!” This works!

Understand that you’re not necessarily going to live up to your expectations of yourself.
THIS IS THE KEY — Don’t put yourself down for it! 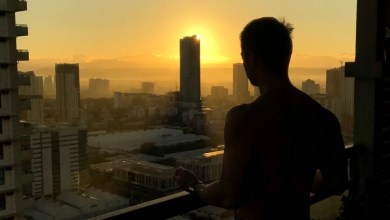 COVID-19 Quarantine: The Perfect Time To Listen To Your Body 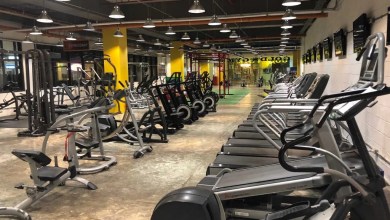 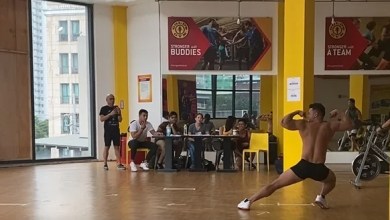 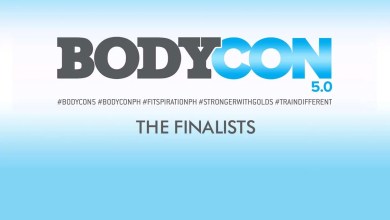 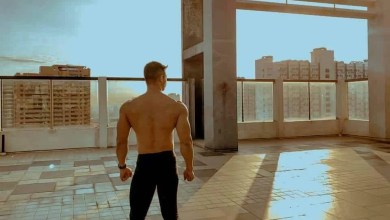 Shredding: How To Conquer The Gruelling Yet Rewarding 5 Weeks